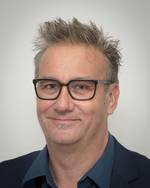 Helmut Leder is Professor of Cognitive Psychology and Head of the Department of Basic Psychological Research and Research Methods at the University of Vienna, since 2004. He is Head of the Research Focus “Perceptual Aesthetics”, and Head of the Cognitive Sciences Research Platform. His main fields of research are aesthetics, psychology of the arts, design – and face perception. He holds a PhD from the University of Fribourg.  He was a visiting researcher at the University of Stirling, ATR Japan, USC and UCSD, at the Languages of Emotion-Cluster, FU Berlin, and Queens College, NYU. He is the author or co-author of many scholarly publications (Google Scholar Citations). 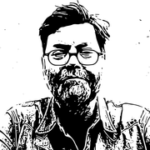 Arthur M. Jacobs is full professor and founding director of the Dahlem Institute for Neuroimaging of Emotion (D.I.N.E.) at Freie Universität Berlin. He obtained his Ph.D. in experimental psychology from the Sorbonnen in 1986 and held various positions at the Sorbonne, the Cognitive Neuroscience Institute/Marseille, and the universities of Marburg, Eichstätt-Ingolstadt, and Berlin. At FU Berlin, he directed the ‚Emotions and Language’ area in the interdisciplinary research cluster ‘Languages of Emotion’ and teaches Experimental and Neurocognitive Psychology. Author and co-author of over 250 scientific publications, in 2011 he also published the book Gehirn und Gedicht: Wie wir unsere Wirklichkeiten konstruieren (Brain & Poetry: How we construct our realities; München: Carl Hanser Verlag) together with the Austrian poet Raoul Schrott. 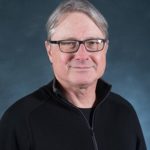 Alan Richardson is specialized in British Romantic literature and culture, literature and empire, poetics, and early children’s literature. His current research involves Romantic theories and representations of subjectivity, embodied agency, and language in relation to 18th- and early 19th-century neuroscientific speculation and experimentation, and the prospects in general for work at the intersection of literary studies and the cognitive sciences.

Prof. Richardson is the author of over fifty articles and essays in academic journals and book collections, in addition to his numerous books and editions. He has edited special issues of the journals Poetics Today and European Romantic Review and serves on the advisory boards of a number of academic journals and websites, including Studies in Romanticism, Nineteenth Century Literature, Romanticism,  The Wordsworth Circle, European Romantic Review, Romantic Circles, and Romantic Chronology. Major honors and awards include fellowships from the Whiting Foundation, the National Endowment for the Humanities, and the John Simon Guggenheim Foundation, the International Conference in Romanticism Book Prize for 1994, the Keats-Shelley Association Distinguished Scholar Award for 2008, and the Alpha Sigma Nu National Jesuit Book Award in the Humanities for 2011. 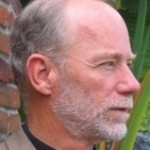 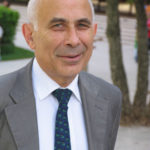 Semir Zeki was Professor of Neurobiology at University College London until 2008 and currently holds the Professorship of Neuroesthetics there. He has specialized in studying the organization of the visual brain and more recently has also been studying the brain systems that are engaged when a visual stimulus triggers an affective state, as with beauty, desire and love. He has written several books, the most recent of which is Splendors and Miseries of the Brain.